The Big Apple Routine (shown above) is a line dance choreographed by Frankie Manning and Whitey’s Lindy Hoppers. It’s a Solo Jazz choreography made famous in the movie Keep Punching. In the modern Lindy Hop world, dancers enjoy dancing this routine on the social dance floor and on stage. Being a choreography that is a few step harder than the Shim Sham and Trankey Do.

However, the history of the Big Apple didn’t actually start as a Choreography. The original dance involved a caller calling spontaneously calling out moves. This was done as both a contest and socially.

The original form of The Big Apple was invented around the 1930s and was popular throughout many of the dance halls in the US. In The video above, you can see an example of this form of the dance done in 2014 during what would have been Frankie’s 100th Birthday.

The origins of the dance seem to come from a club called the “Big Apple” in South Carolina. Where three white students heard the tunes from a juke joint and were let inside to watch from the rafters. The dancing they saw there – they decided to name after the club. Eventually trying to copy it on their own. (The State – Jeff Wilkinson)

The dance spread far and wide, reaching national popularity by 1937. Life Magazine even did a 4 page feature on it (although with white dancers) showing this unique dance. 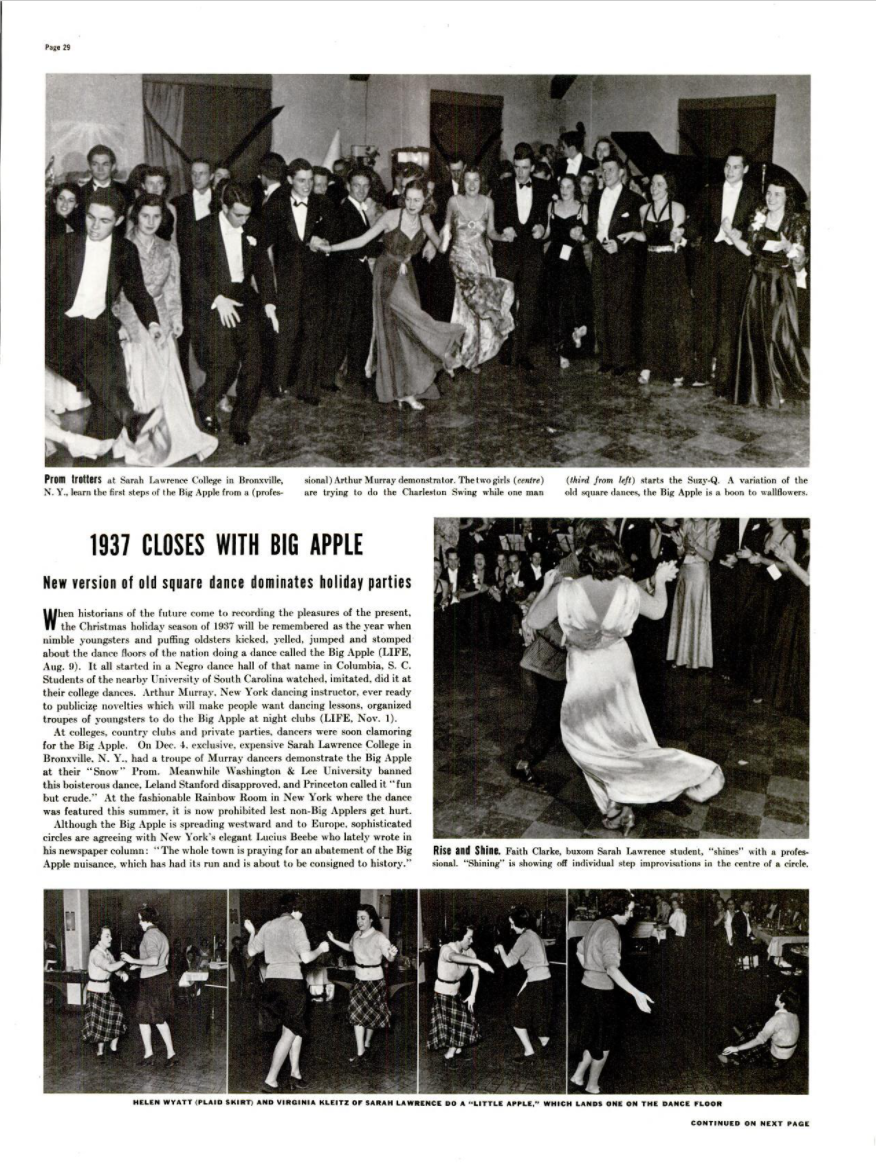 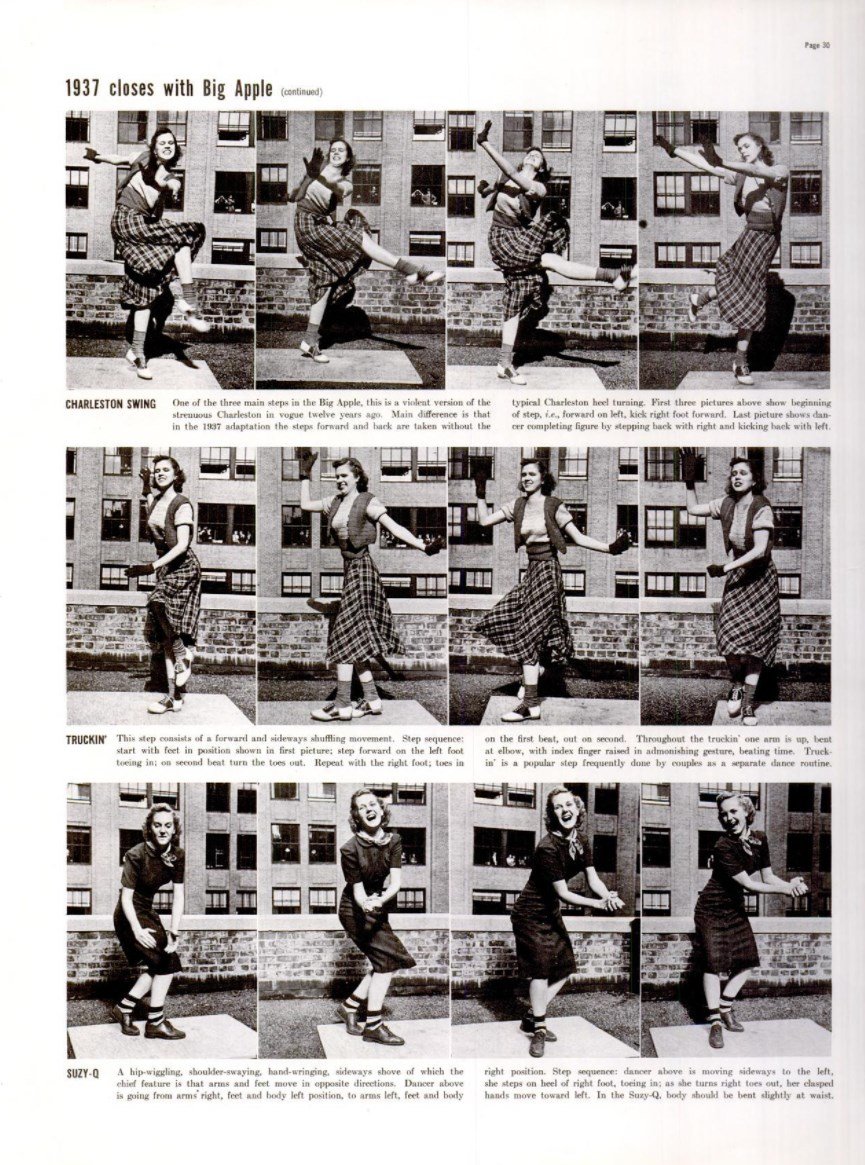 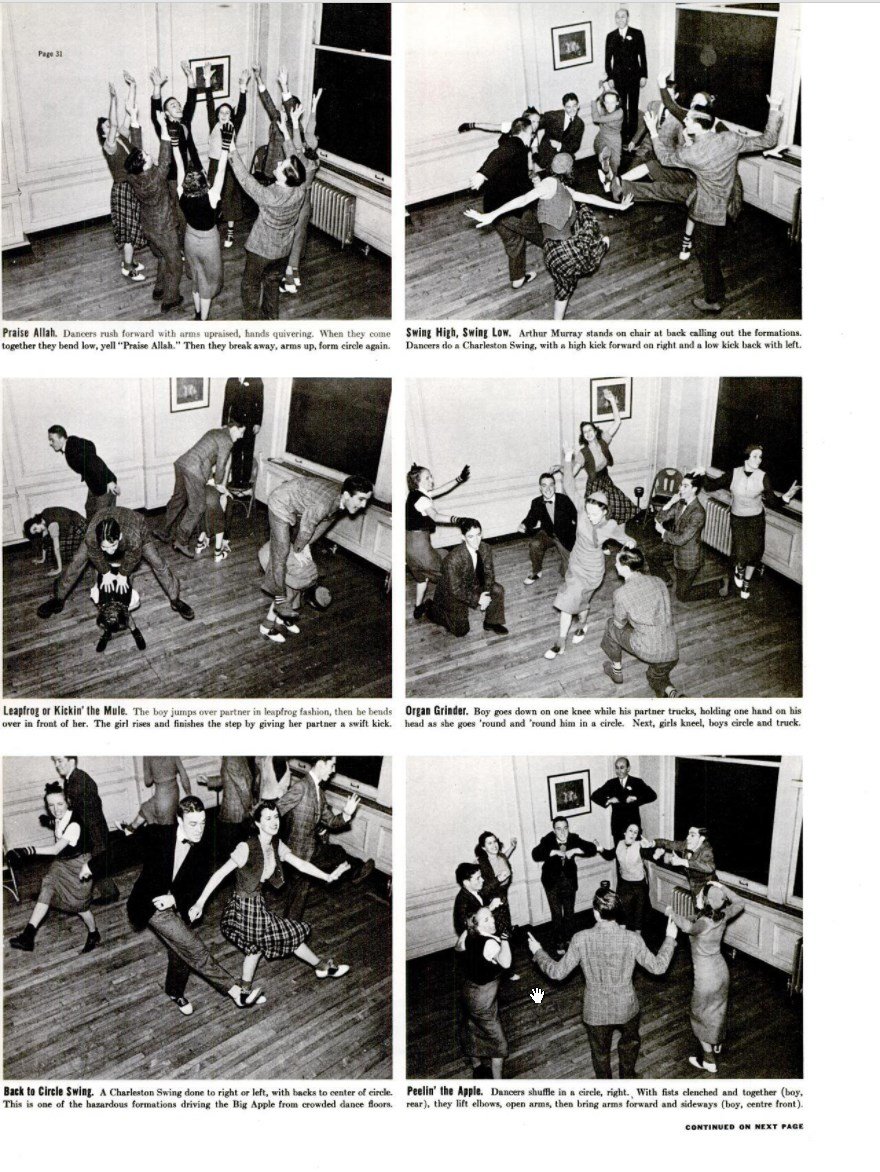 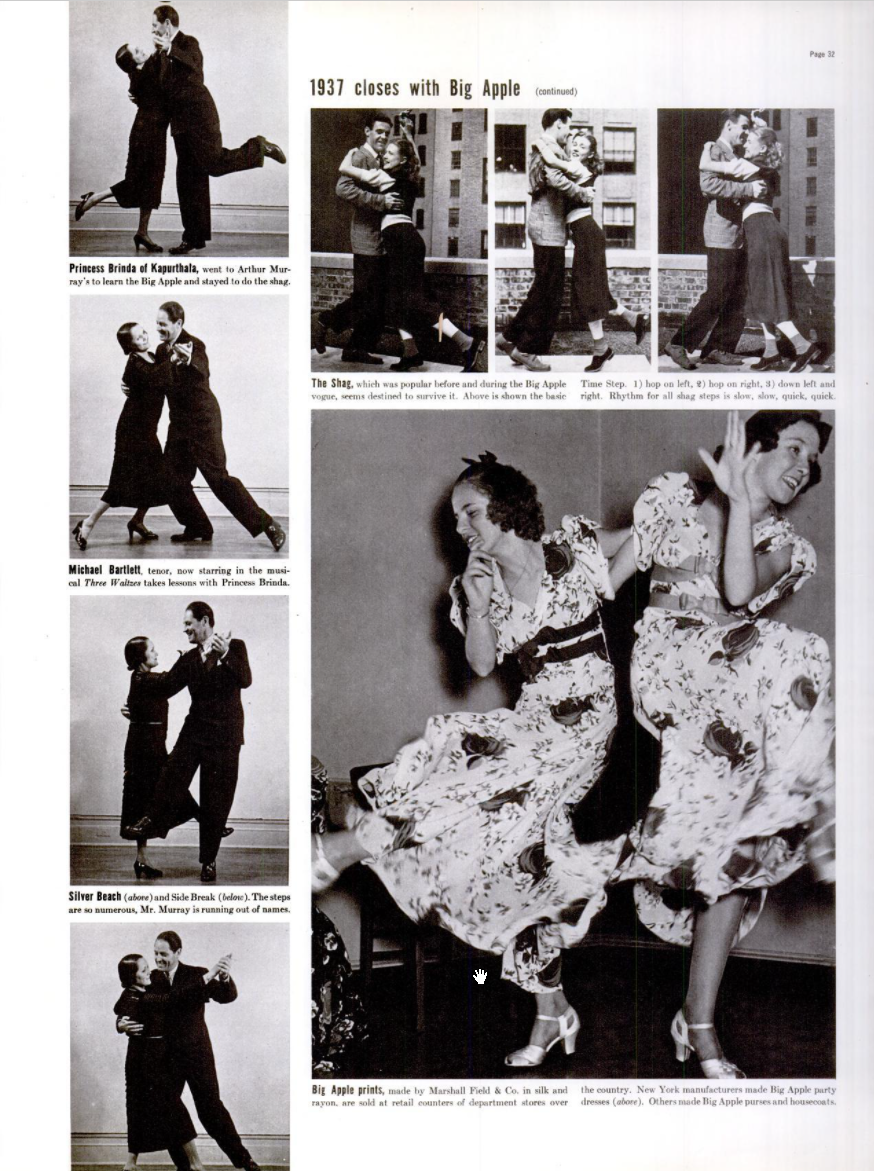 While we rarely dance the original form of this dance on the social floor. Modern Lindy Hoppers still have a go with Frankie’s choreography often. Connecting us to the storied history of those original jitterbugs showing showing off at a small club called The Big Apple in South Carolina.